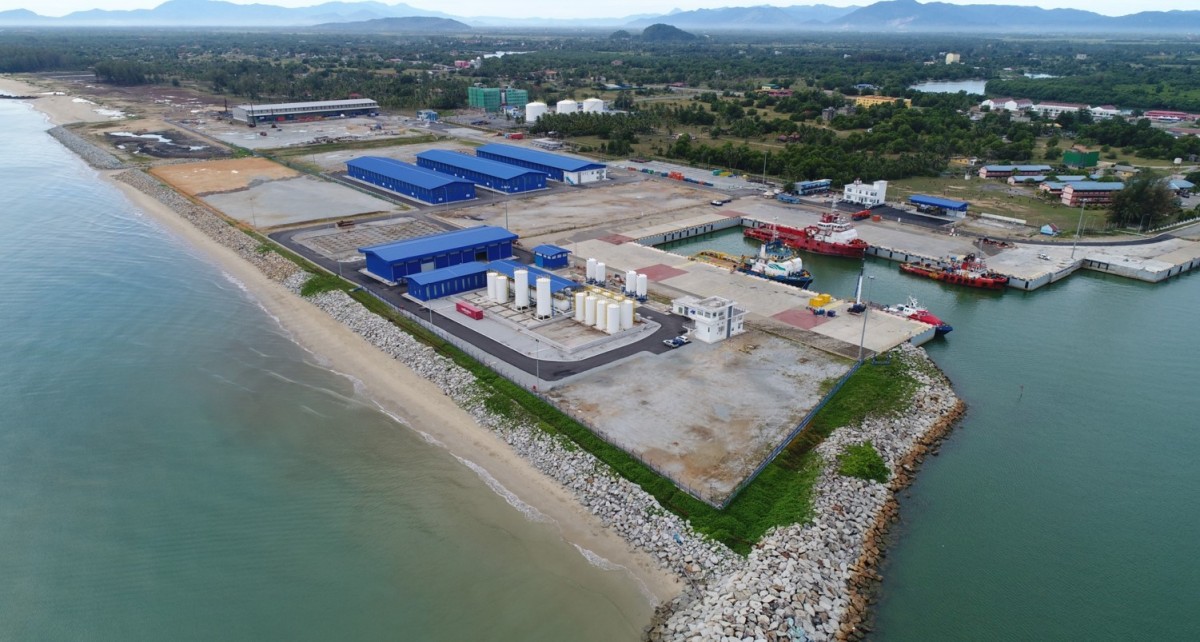 “We are pleased to see the 7012 HP JetMaster® dredge in operation at TBSB. We started working with the TBSB in 2015. After multiple site visits by our Territory Manager, Najib Ariffin and Technical Sales Manager, Michael Young, we were selected over our European competitors. It is a testament to our global presence, superior technology, and ease of operation in port environments,” said Ryan Horton, EDT Vice President. 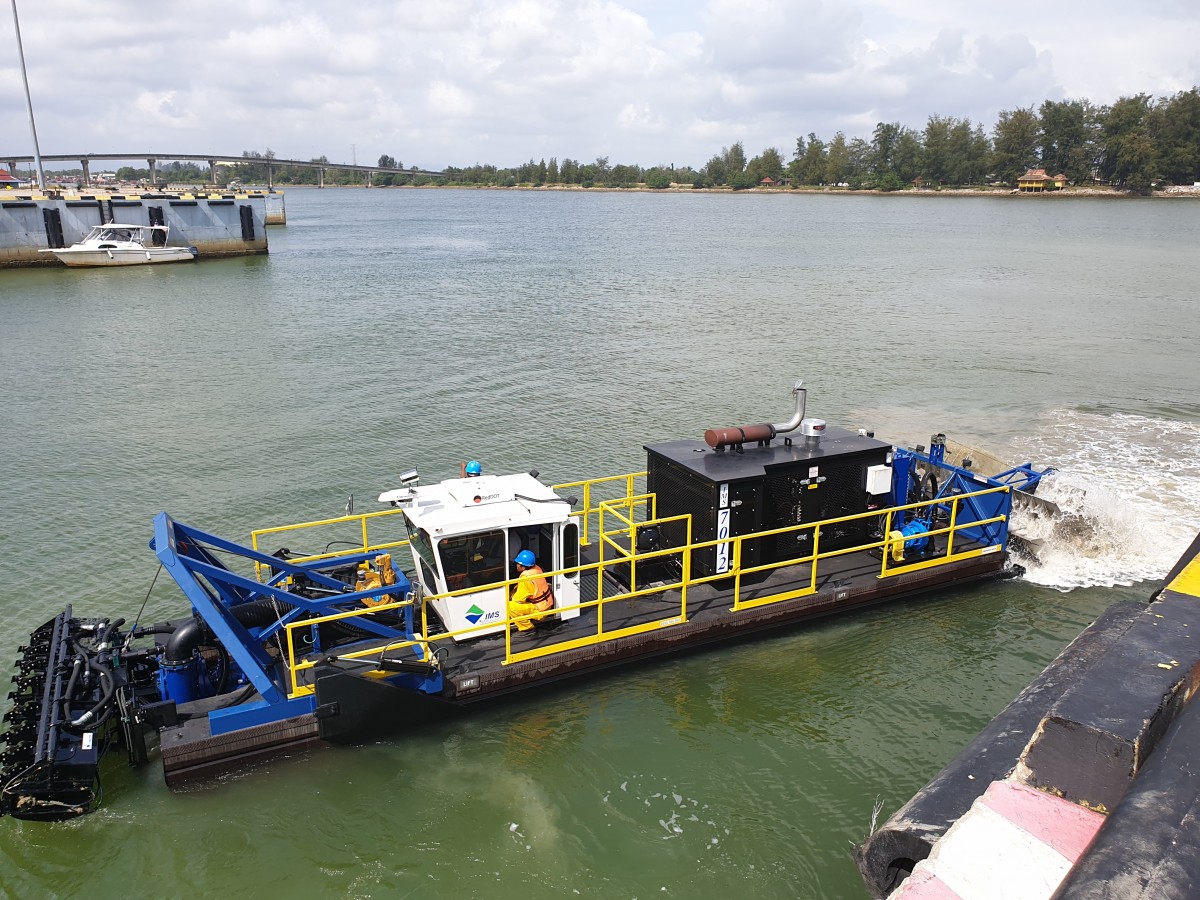 From a technical operations standpoint, the 7012 HP JetMaster® dredge was chosen for its patented Starwheel Drive® self-propulsion system with patented TractionMaster® technology which allows for automatic adjustment of speed and torque on the propulsion wheels. In addition to its ease of operation, the JetMaster® dredge utilizes two high-pressure deck pumps to channel 31.5liter/second (500gpm) through 24 heavy duty jet nozzles to break up compacted sands and clay. The JetMaster® dredge is ideal for TBSB’s soils which range from light sediments to compacted clays. In addition to the 7012 HP JetMaster® dredge, TBSB purchased 2km (6,560 ft.) of discharge line, spare parts, and an IMS dredging GPS system.

“After more than a year of careful project planning and comparing units from the US and Holland, the IMS 7012 HP JetMaster® dredge was selected over the competition due to IMS’s excellent reputation in SE Asia for supporting its product after the sale,” said Najib Ariffin, Territory Sales Manager.

IMS delivered the dredge to TBSB’s site in Kelantan on DAP Terms, and provided five days of extensive on-site training including safety, operations, and maintenance.

The 7012 HP JetMaster® dredge and other Versi-Dredge® products are ideal for port maintenance projects. EDT has sold many IMS brand Versi-Dredges® to ports in Malaysia, Indonesia, and the Philippines since the 1990s. IMS maintains a continuous presence in Asia and is seen as a leading dredge supplier in the region. For more information, please contact EDT Vice President, Ryan Horton, at rhorton@imsdredge.com or 913-642-5100. 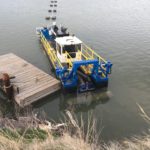